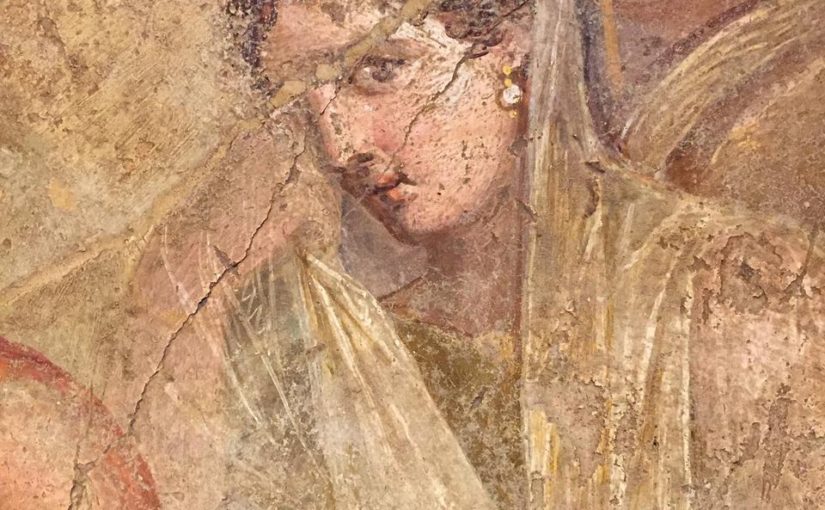 Yesterday I was discussing a little of the history regarding the wearing of pearls by women through the ages. I mentioned that there had been discoveries of art found in ruins from the ancient Roman and Greek times in the first century. I was pleased to find some images of well preserved murals and floor mosaics that were uncovered in the ruins of Pompeii showing just what I had hoped to see. Ladies wearing pearls.

These woman must have cut handsome figures during her life in the ancient city and we are lucky enough centuries later to see how women adorned themselves in their finery, including pearls (seen here).

ON 24th August AD79 Mt Vesuvius erupted with fire and lava, spreading molt in every direction, yet not over the actual city Pompeii. 2000 died from asphyxiation. Weirdly enough, the mix, of volcanic ash and mud is what entombed them  preserving them for centuries until the remains were unearthed in 1748.