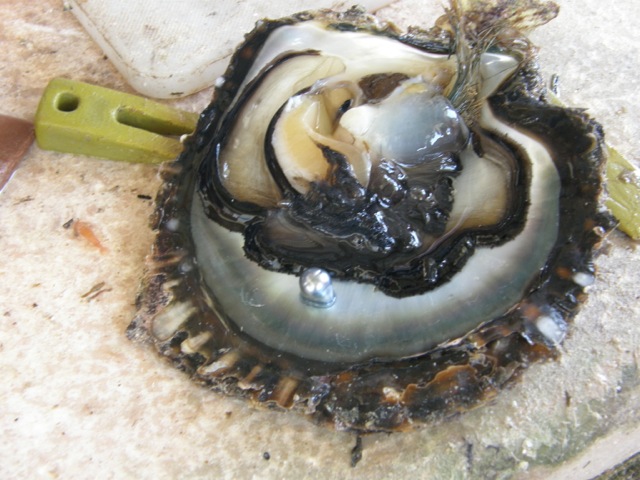 I am not a world expert on nature by any means and my posts come from what I have learned over the years in the pearl industry. Often I write from the heart and it comes out exactly as it would, if I were talking to you directly. I do this on my youtube videos also. Today I revised a listing I had on Etsy for Black Baroque Pearl Earrings. I have loved these particular pearls for a long while now and sometimes I find it hard to part with things that are special, to me. Yet often inspiration comes from strange and unique things. I decided to match these pearls into sets, then mount them into single bezels and create special black pearl earrings in sterling silver. These sorts of pearls are not for everyone but there are many people, just like myself that adore what nature has to offer, even in crude or rough ways and when I saw these beauties I had to show them to the world. When black pearls are formed the irritation often starts with one grain of sand and a black lipped oyster (that can only live in areas where the sand is black..makes sense right?). Black sand comes from volcanic residue formed countless years ago and so when you look at these simply amazing pearls surely if you can stop and just think for a minute then nature is showing you something extraordinary. Enter…my baroque black beauties into Julleen Earrings. Available only on Etsy.

Here are some images of the black lip oyster and finding one in Cape York Australia. (note the black muddy sand) Some oysters can live for 30 odd years…remarkable isn’t it? 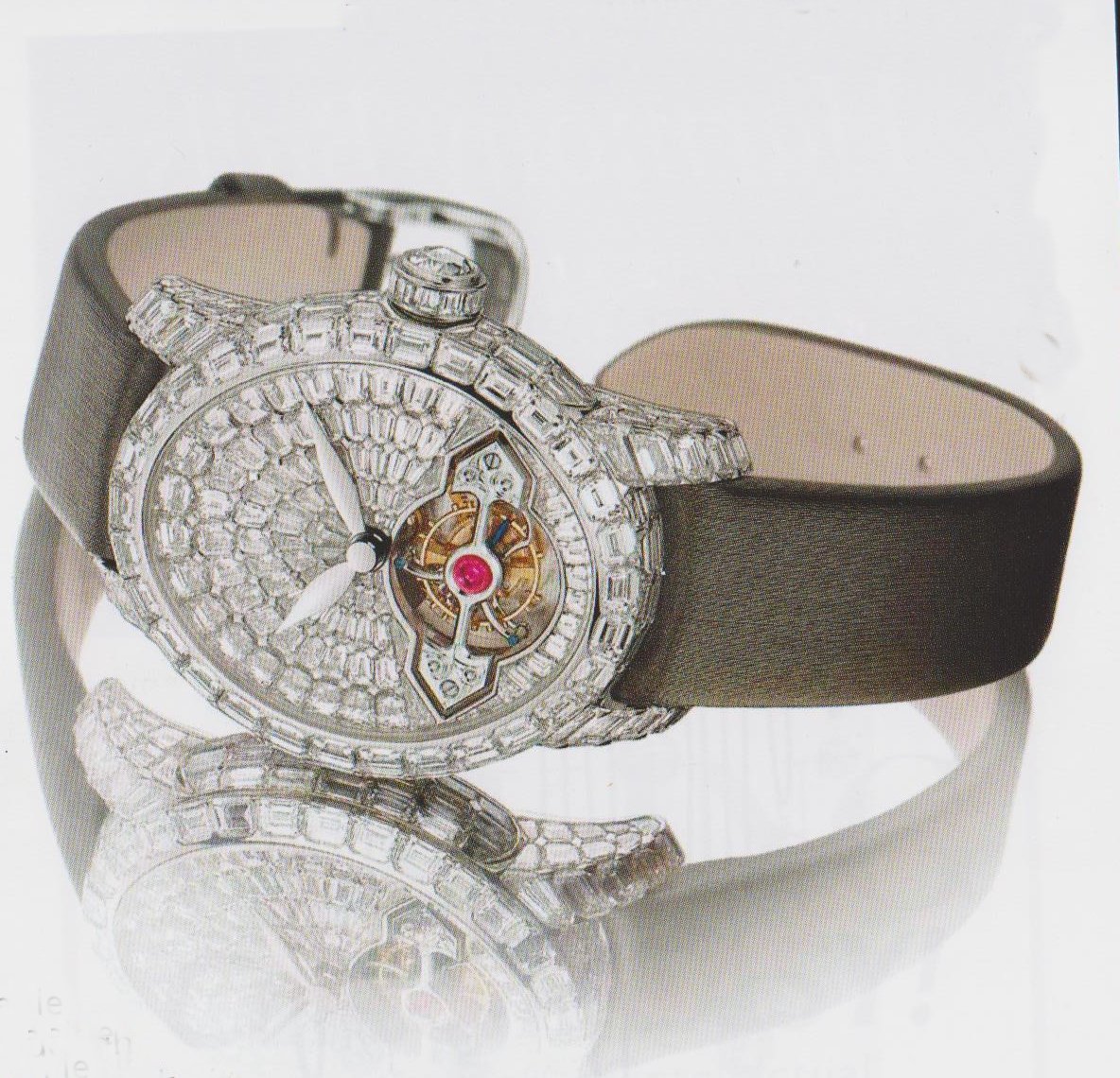 Who would have thought that Australia would be cheaper than China to buy a luxury watch. Apparently some Chinese tourists are snapping up mega expensive watches… because they can and because we sell them cheaper than their own country. Luxury watch sales are up 25% in Australia and although the world wide trend in luxury watches is up to  36.9 percent for retail sales, Australia has done us proud.  Recently a stunning watch was sold for a world record price for a Swiss made Girard-Perregaux Haute Horlogerie Cat’s Eye Tourbillon, which was reported by the Sydney Morning Herald, to hold a price tag of a staggering  650 K.

This watch took 700 hours to make, and so obviously labour costs were incorporated into the price , a system which is well over due here in Australia and something I personally think is appropriate (speaking as one, who spends many hours making new designs). The components of this spectacular time piece are numerable but worth mentioning is the 280 baguette diamonds with a total weight of 20 carats! adding a whopping boost to the value. This was sold to one of our own, a punter from Victoria, who bought it at this brand’s world record price. This mega luxury watch does not even gauge the depth of the water or alert you of the date and needs to be rewound every few days, but ah…what a status symbol it is! Not everyone can afford to buy a watch for over 1/2 million dollars but we can take a quick look at it… and so I thought I would share it with you.

Love the Peacock Green of this dress and we love Peacock Green Pearls at Julleen. One of most cherished colours in the black pearl category. Here are some of my personal favourites that I think would look fabulous with this dress from JJs. 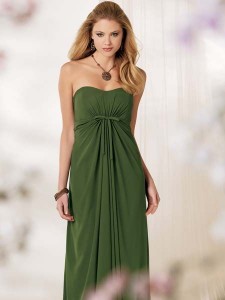 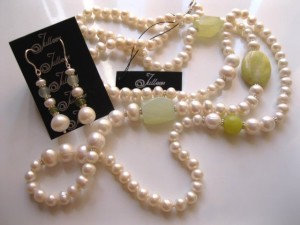 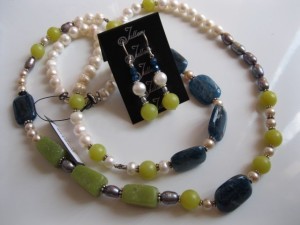 When I create designs often my inspiration comes from colours I fall in love with. Green in many shades usually is a wonderful colour for pearl jewellery if you have all the gemstones at your disposal in the palette around you. When I work…I spread containers of my loose components in front of me..and just let the ideas flow. Long necklaces can be swooshed around to make double rows and the stones arrange themselves in gorgeous off centred patterns with scatterings of random sizes around the neckline. For wearing with an evening gown like this, you can wear it long and create a very glamorous and individual look. 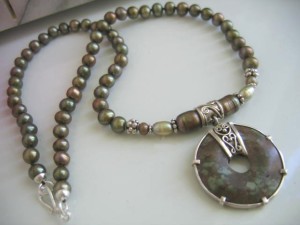 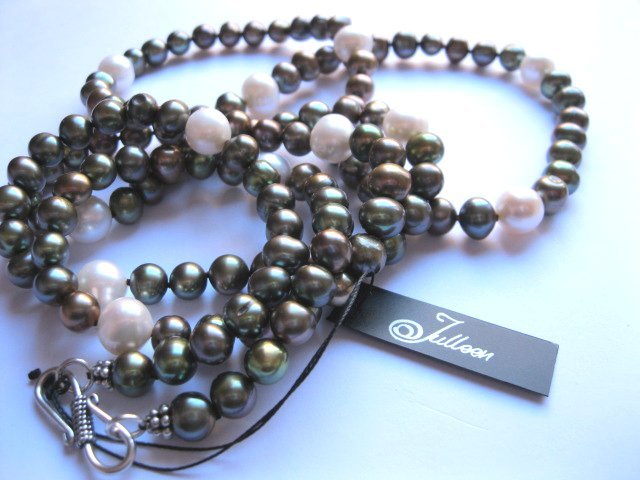 Have just finished a nice range of long necklace for Mariko in South Perth and wanted to share some with you. I’ve added a few matching earrings too. These items will soon be available. Will keep you posted