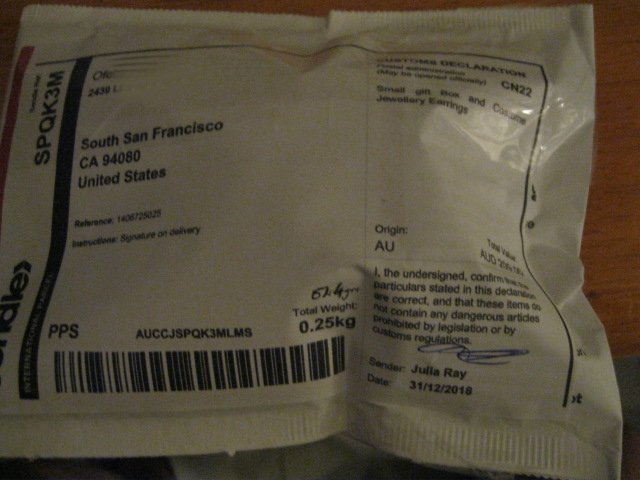 No Cover for Undelivered International Parcels

Two Parcels lost in One month!

I was so pleased pre Christmas! to announce all our online sales were now to be delivered by Sendle. I had sent things before with them but on New Year’s Day a package was picked up by them and was never to be seen or heard of again. I had used the option of “signature on delivery”. NO signature over a month later then, means no delivery. We can’t control these couriers and their deliveries or non deliveries.  Really the onus cannot be on the sender but the couriers who carry out a service they were paid to do.

What a RIP OFF! such a waste of good money using this company. In one week over the Christmas season they LOST two of my parcels one domestic and one International. For both I felt obligated to help these hard done by customers and needless to say, I saw to exactly that.

There is now a use of a disclaimer in the International deliveries. They won’t cover any losses (period) if the parcel is not received. Can you believe this? So watch out people and do not use this company please.

One parcel didn’t even leave WA! Let alone go to USA where it was to be delivered. Yet it looked like it was still in transit in their control panel.

I would preferred donating the items and the money I lost to charity. Instead, some lucky person scored two lovely free items for Christmas.