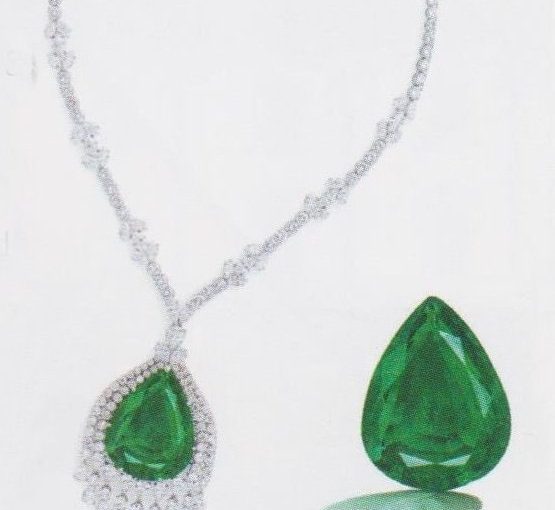 As a admirer of large Emeralds, I was interested to read a article in Jewellery World Magazine, that mentioned a 107.67 carat Emerald and Diamond Necklace once owned by Catherine the Great which was sold at Christies for 3.3 million Pounds Sterling.

In 1874 Tsar Alexandra II presented the stone to his newly wed daughter in-law The Grand Duchess Vladamir who was well known for her incredible jewellery collection and her penchant for gambling at cards. After fleeing Russia to Venice when the revolution began in 1918, the grand duchess fled wearing only her daily jewels like strings of pearls it was said, and landed in Venice. Later her fabulous collection, left behind in her homeland was still in tact and miraculously appeared in London where her son was at the time. The jewels had been smuggled out, by a sympathetic British officer, no doubt a good friend of the family and very trustworthy. 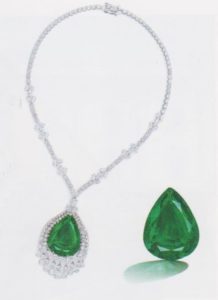 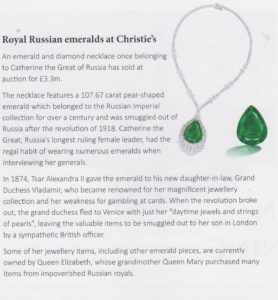 Some of The Grand Duchess’s jewellery is currently owned by Queen Elizabeth, whose grandmother, bought some pieces from impoverished Russian aristocracy.